Australian governments are unable to think about existential risk 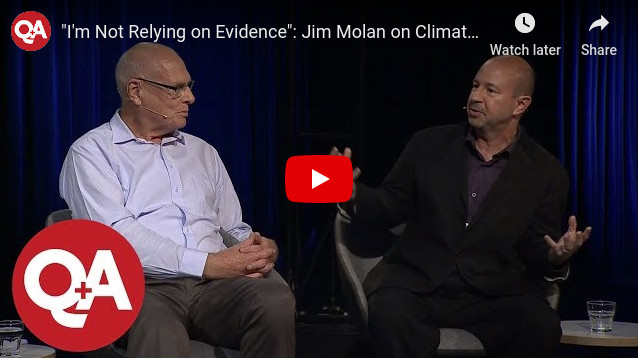 Thermal Coal mines are stranded assets, and so are most of our global oil and gas reserves, according to our global carbon budget. But we are still firmly on the global heating path, which is moving closer and faster on towards global mass extinctions and industrial civilisation collapse. Economic growth continues to outpace ability to reduce energy intensity. But the large foreign corporations still vested in economic growth, in Australia, have as their weapons the influence peddling of their industry associations, the "Minerals Councils", which are tightly linked to political parties both by donations and personnel. They are bent on retaining income from their invested capital, despite declining economic prospects, and growing wealth inequality, and policy arrangements are made as first principle for the most wealthy.  This is seriously detrimental for a viable future for Australian people.

Something like a third of donations are funnelled to political parties from secret sources. Australian governments in mining states, and federally, for coal or gas, are subjects of infiltration by just one big bunch of fossil fuel mining scammers, looking to profit from exports while global carbon burners still exist. They are willing to write off Australia's long term economic and biologic survival. Those on the salary take, are totally confirmed in what they must deny about climate, and there are plenty of fossil fuel funded fake climate science peddlers ready to bamboozle and reinforce those political unsteady minds with convenient opinions. Bias of the human mind is always for sale.

As Liberal Senator for NSW, Jim Molan said on a recent Q&A. "My mind is always open". He believes we can adapt to conditions way beyond the evolved range of our biological capabilities, and the biological systems we depend on. This is a curious ability to deny "existential risk". Jim Molan has said as justification that the efforts of mitigation are too hard for the fossil fuel business model. Consensus science is reduced to the status of "opinion", rather than a multi-generational, very best understanding of the evidence.  "I'm not relying on evidence".  Opinions are fact free. This has turned our current political debates into a bullshit flinging parliament, and the current policy is in line with the loudest and most frequently heard bullshit. A declaration of mind always open, is most surely a denial statement made from a closed mind, especially to evidence, from just another crusty conservative who is in fear of contemplating changes to everything. Jim's marginal senate appointment is dependent on him keeping to his parties fossil fuel lobby enforced lines.

Therefore the governments risk mitigation policy is limited to that which does not infringe on the Australian fossil fuel export business model. Current mitigation policy applies to token , window dressing policies applying to domestic emissions only, and a delaying action on energy systems technology disruption.

Another disappointment, is that from climate denial comes also a failure of climate adaptation. Australia governments have not invested near enough their own country, for fear that it will injure mining interests, and they might have to think about the impermanence and fortuitous conditional nature of life.  Investment in land management, biological conservation, and the necessary upgrades to bush fire management preparation for global heating, have been insufficient, because again, they are psychologically afraid to talk about it, having committed to a global fossil fuel exports scam.  This should come as a surprise, for all our politicians admit we live in drought and bush fire prone country, that should therefore need increasing and ongoing management.This is bad news for all of use that are committed to live in this country. What cannot be contemplated, cannot be observed, also cannot be avoided.

Unfortunately this position seems to be of electoral benefit, as the Murdoch mining media understand, that the Australia electorate benefits them, and the Australian voters at the lower levels of science literacy, need to be constantly be bombarded by global heating denial messages of the most ignorant sneering quality, against all the evidence around them. This is another message to political parties, that policies to contrary, and too much towards the truth,  will not be supported by the mass media, and will not get them a majority government.

My view here is from a Systems viewpoint, of observing the politics that maintains the flows and moneys of fossil fuel trade and burning by already invested capital. At our political systems level, on every issue collision, we find simple kow-towing of government policy and regulation towards the foreign corporate interests of fossil fuel exporters, against the very strong evidence that this ongoing system behaviour will finish off our civilisation, and soon enough later rid this planet of this deluded domesticated species variety of homo sapiens. Clever , but not very strong minded.

Renewable energy infrastructure could be ramped up by many times faster than it is now.  It needs to be, in order to defeat on the economic battlefield, in the "market place", the capitalist fossil fuel interests, in time to limit global heating from getting any worse than it already is. Climate systems tipping points are already underway. But our retrograde and donations padded governments continue to regard "clean coal" as a viable proposition as they push the marketing scams of the "Minerals Councils".

Forget the arguments about the indeterminacy of renewable energy, and the expense of storage.  The great fear of the stranded asset owners, is that new energy storage technology, cheaper battery systems, will entirely disrupt their fossil fuel business model, which depends on high global demand for burning their products all the time with power online as "baseload".

Already new solar and wind installations are a cheaper business model than new coal power stations. It is really sad to see the National Party politicians harping on about a new "clean coal" power station for Queensland, to service the output of existing and new proposed coal mines, to keep their masters stranded assets viable.

In NSW the current proposed bill to ignore scope 3 emissions, which cause global heating just as much as domestic emissions, is strong evidence of denial of "existential risk" directed downwards from fossil fuel businesses, direct to politicians denial behaviour. There is strong evidence that human minds have a strong death denial modes of operation, and so many of us, want to avoid thinking about such questions. We are unable to tolerate well the contemplation of "evidence" which points to both personal, cultural and species demise. There is strong and surprising evidence of this deeply buried tendency in Terror Management Theory.  What we don't like to think about is even more remarkable than what we like to spend our time thinking about. The political conservative parties in Australia are in particular a group think for denial of existential risk, and do not seem to handle well any ideas that require change to current arrangements, even as the world changes around them.  They would rather die than be forced to think about it.

The most confronting part of the Extinction Rebellion campaign, is to promote and display at many levels, the evidence of our growing existential risk. The principle stated aim is to tell the truth indicated by the evidence, and act like you understand it. So far it looks like this is insufficient to open the minds of those that are actually closed from fear of existential terror, and prefer comforting opinions to hard science.

Once over the fear and burden of contemplating the evidence, it is very possible, and really necessary, as Dr Michael Mann has argued in the above Q&A broadcast, for nations to actually cooperate on reducing future existential risk to everything we know. With only existing current technology, from right now, with systems behaviour change, we can get global greenhouse gas emissions down by half in the next 10 years. This is a target way beyond the current Australian governments insincere efforts.